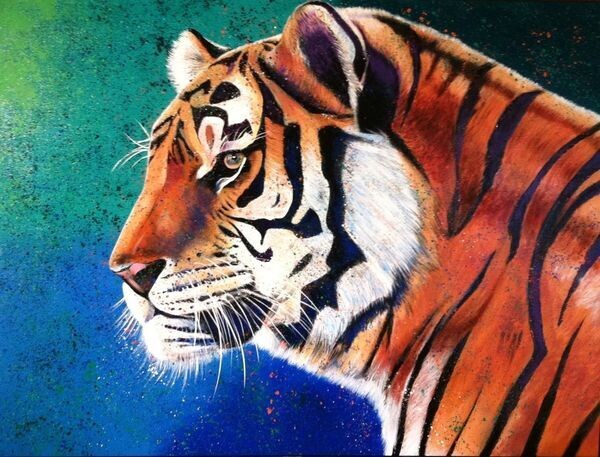 Lopa chose to concentrate his art on what he loved in a genre he found most challenging and enjoyable; kinetic impressionism. Working in acrylics, Lopa uses a "splatter" technique where the colors are applied with a pallet knife. The use of bold colors and splatter technique captures the image and spirit of an athlete in motion.

Over the past years, Lopa was invited by Major League Baseball, to paint live as the World Series and All-Star Games. He has also painted home plate that was used in the ceremonial first pitch to kick off the 2004 World series. In addition to baseball work, Lopa created the commemorative artwork for three NFL Superbowls and painted live on the sideline of Giants Stadium for the "Manning Bowl"
Lopa has also painted live and the Kentucky Derby, one of horse racings elite Triple Crown showdowns.

Save this product for later
Display prices in: USD
bottom of page